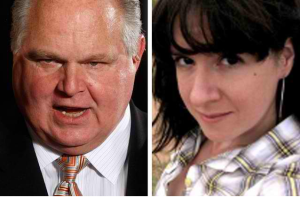 Wondering what all of Rush Limbaugh’s fuss about “single, white women, overeducated”  is about? Or who on earth calls published writers “authorette” and “babe”?

To help folks get up to speed, I’ve compiled all of the links as they’ve come in — see below.

You can  take a look at the original text if you like and read on to see what people said about him saying that about me and my book.

A couple quick fact-checking bits I haven’t had time to sort out and send to editors/authors:

Without further ado, the links:

Contrivances of the Left’s Attack on Liberty:
The “War on Women” and “Food Justice”

How Alinskyites Create a Crisis

Rush On Female Author: “What Is It With All Of These Young,
Single White Women? Overeducated Doesn’t Mean Intelligent“

Limbaugh Takes On Tracie McMillan,
Author of “The American Way of Eating”

He’s moved on to another woman

Rush Lashes Out at Another Accomplished Young Woman