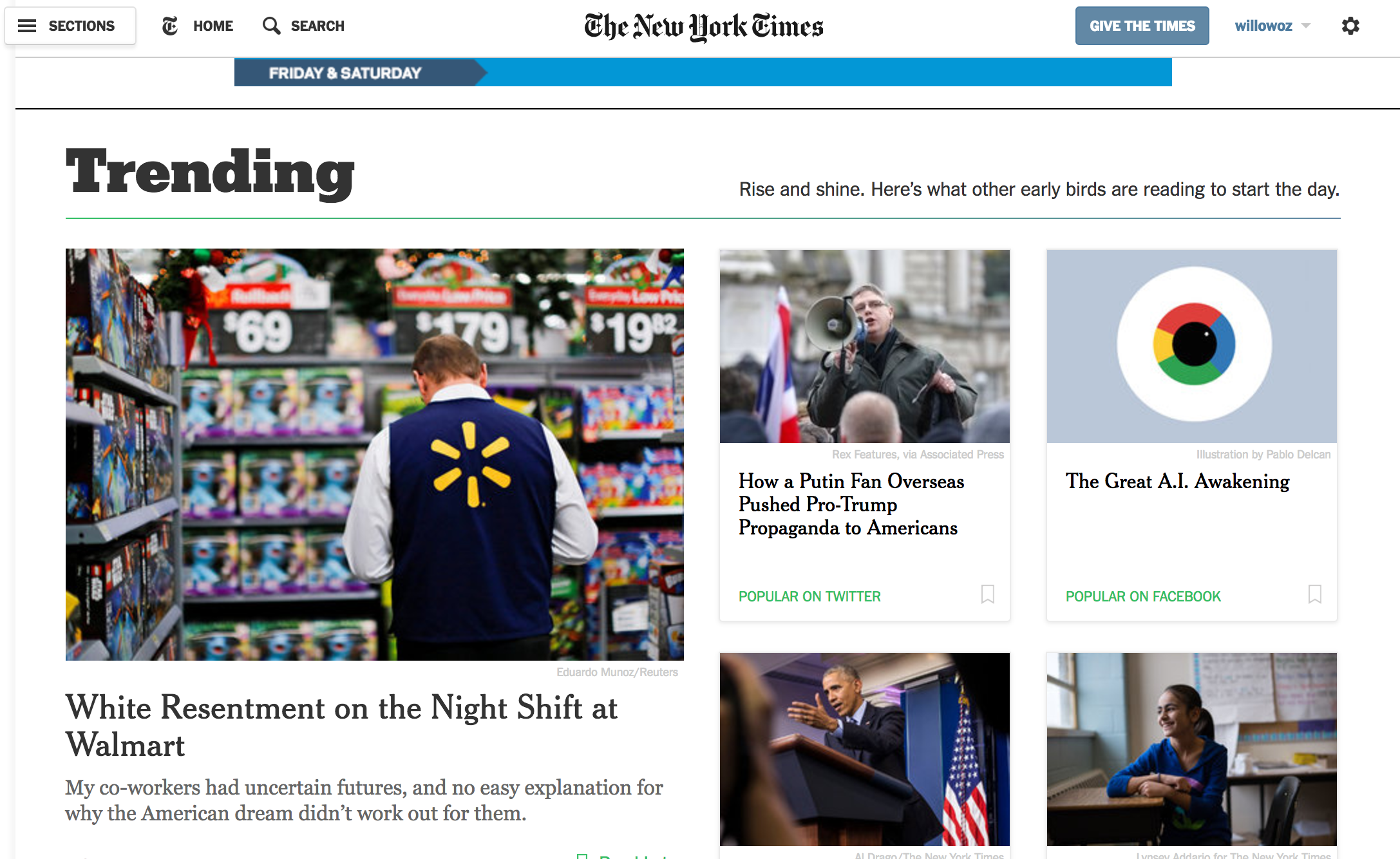 My New York Times Sunday Review essay, “White Resentment on the Night Shift at Walmart” also topped the site’s trending for a while—and got a Twitter shout out from RuPaul. (It also generated about 900 comments in the 24 hours it was able to accept them.)

In 2011, the most recent year for which data is readily available:

This weekend, the New York Times real estate section reported on a burgeoning market for heated sidewalks in the city’s tonier neighborhoods. Among the benefits:

“It’s just really nice to have a pristine, sometimes dry, heated area,” he said. “It provides a nice runway before you get into the building.”

Perhaps no one enjoys the amenity more than four-legged residents and their owners. “Look, it’s nasty out,” said David Finkel, a partner at Ludlow Lofts, a 13-unit condominium with heated sidewalks between Broome and Grand Streets that his family developed in 2000. “You’re not going for a mile walk. You want to take the dog out really quickly to the nearest signpost or fire hydrant very near your building so the dog can run out and do its business.”

Not having to worry about the salt or the snow, “that is absolutely a great thing,” he said, recalling how he had once tried to put booties on his late, beloved Shih Tzu, Ludlow. “He just kicked them off like one of those punching nuns.” With the heated sidewalk, he said, “we never had to worry about it.”

Glad to see our fine reporters are focusing on the important stuff.